Fit for 55 – will it be fit for all? Expectation of the CEE region on the new EU climate legislative package 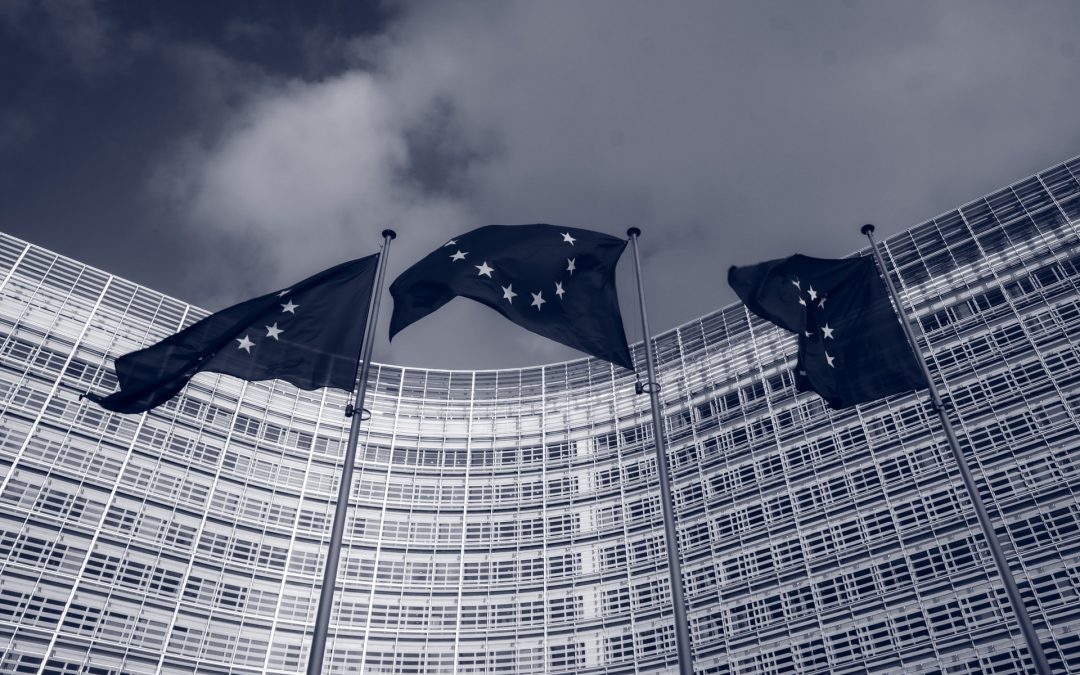 The European Council has reaffirmed its invitation to the Commission at its most recent meeting to develop a legislative package to reach the new climate ambitions of the Union – a work already long in the making under the title “Fit for 55”. At the Green Policy Center we have looked into what this new Commission package will include and what could it mean for the CEE countries.

As mentioned above, the Conclusions of the European Council held on 24 and 25 May urged the European Commission “to swiftly put forward its legislative package together” supporting the achievement of the new, at least 55% greenhouse gas emission reduction target of the European Union by 2030, which the Council will review once the Commission’s proposals have been submitted. But why is there a need for this new climate legislative package now? To understand this, we have to take a couple of steps back and have a look at the recent international and European climate policy developments.

In the run up to the 2015 Paris climate conference, the global community was called to submit their Nationally Determined Contributions showcasing their 2030 targets, where the EU has submitted its – at the time – ambitious at least 40% GHG reduction pledge. In the Paris Agreement countries have agreed to hold the increase in the global average temperature to well below 2°C above pre-industrial levels and pursue efforts to limit the temperature increase to 1.5°C. The Agreement also calls the global community to become climate neutral by the second half of this century. However, the infamous 1,5°C special report of the International Panel on Climate Change suggested that in order to keep climate change manageable more ambition and faster action is needed. Therefore, the new Von der Leyen Commission has put climate neutrality and raising the EU climate ambition high on its agenda.

However, the Fit for 55 package is not developed as one would normally prepare a national legislation; starting with impact assessments, but in this case the targets were set first. This approach is “like flying blind”, as the State Secretary for Energy and Climate Policy and Circular Economy of Hungary, Attila Steiner has put it in a recent interview. The Commission has already introduced its plans on the Fit for 55 package in October 2020, at a time when there was no political agreement yet on the new ambition level. We can remember that the European Parliament was asking for higher ambition level (at least 60%), while Bulgaria, Czechia, Hungary, Poland, Slovakia and Romania have co-signed a letter requesting a Member State level impact assessment first. Then the political decision on raising the EU ambition to at least 55% was officially made during the European Council meeting on 10 and 11 December 2020, hence the reference to it in the latest Council Conclusions.

The text of the Conclusions of December 2020 has already laid the groundwork for some difficult negotiations later on the Fit for 55 package. Poland demanded some guarantees in the text to protect its economy, which it eventually managed to secure in the final document. Furthermore, the new 55% target is a ‘net’ goal, which means in comparison to the previous ‘gross’ target of at least 40%, GHG sinks can be counted towards its achievement now. This means basically, that one Member State can achieve its emission reduction target by raising its carbon sinks and not cutting emissions at the same time. The text also provides ample space for interpretations on how each Member State should contribute to the EU target, both in terms of emission reductions and the technologies used.

On this basis we can expect serious discussions when negotiating the different elements of the 12 legislations of the Fit for 55 package. In the next section we will have a look on some of its parts and some possible implications on the CEE region.

Some topics may result in little political debate, such as the revision of the Ecodesign Directive, the introduction of Circular electronics, the revision of the Regulation on the inclusion of greenhouse gas emissions and removals from land use, land use (LULUCF) or the introduction of the Carbon Border Adjustment Mechanism (CBAM). While LULUCF can contribute to reaching the higher EU targets, the CBAM can provide new resources to EU climate action – given the EU manages to make the final mechanism WTO-conform. It can be noted however that while the Member States in the CEE region are continue to green their energy sector, a ‘carbon leakage’ can be observed, since they are also importing more and more dirty energy from outside the EU. The CBAM would put an end to this, therefore it will be interesting to see how the CEE Member States will react in the end to the mechanism once the details are known. We could of course argue that extending the EU emissions trading system (EU ETS) to the neighbouring countries would make more sense, but this topic calls for its own article.

Other legislation may result in more fierce political debates, such as the revision of the EU Emissions Trading System (EU ETS) and the Effort Sharing Regulation (ESR). In the case of these two, new national targets have to be negotiated and it has to be also decided if new sectors should be included under the EU ETS (such as buildings or transport). The underlying challenge was already planted in the December 2020 Council Conclusions, since the targets have to delivered “in the most cost-effective manner possible” while „taking into account considerations of fairness and solidarity” and “Member States’ different starting points and specific national circumstances and emission reduction potential”. Emission reductions can be achieved in a more cost-effective manner in the CEE region than in the most developed parts of the EU, however these Member States often argue that the region has already made severe emission cuts while some more ambitious ones did not deliver such results, while they also have the proper financial means to do so. The CEE Member States also argue that there is a ‘financial leakage’ from them to the west, since in their views there is a structural issue with the allocation of funds in the system. Therefore, we can expect some debates when discussing the new size of the Modernisation and Innovation Funds.

The package also plans to revise the energy efficiency and renewable energy targets. The first would help to lower emissions and in the meantime save money for consumers. Since in the CEE region there is a large number of consumers who struggle to heat or power their homes, this would be easier to sell to these Member States, given the necessary funds are provided. Regarding the renewable targets, more difficult discussions can be expected. According to a recent study, Bulgaria, Czechia, Poland and Romania have to step up their renewable targets included in their National Energy and Climate Plans in order for the EU to reach the new at least 55% reduction target and the Hungarian target is questioned by the European Commission. CEE Member States meanwhile continuously argue that electricity prices should be kept affordable for consumers and Member States should be able to decide on their own energy mixes. In this regard Hungary has the easiest path among the Visegrád group with only one coal fired power plant operational (and already under phase-out), while for other in the region energy transition will set a much higher hurdle to tackle. In this aspect Poland is always the first to call out the need for proper support and a just and fair transition of the affected industries.

This brings us to another legislation of the Fit for 55 package; the issues around gas. We can recall when 10 Member States, mostly from the CEE region have vetoed the EU taxonomy delegated acts, because gas was not labelled as a transitional fuel in the draft. This shows how important the role of gas is for the region, therefore we can expect further heated discussions on its future role when meeting the bloc’s new climate goals. On the technology neutrality principle, a similar approach can be seen regarding nuclear power.

Lastly it is important to mention the revision of the Regulation setting CO2 emission performance standards for new passenger cars and for new light commercial vehicles. For a number of countries in the CEE region this topic is also a high level issue, but from two different aspects. The car manufacturing industry is strong in the region providing for a large share of the GDP and a significant number of jobs. By phasing out combustion engine cars, less jobs are required, since electric cars have less parts then their traditional counterparts. Regarding the other aspect – while this package talks about new vehicles – it will be important for the CEE region to know, when combustion engine cars will be phased out in the EU. Because the region imports a large number of second hand cars from Western Europe and the consumers do not have the funds yet to buy the more expensive electric cars, a phase out will also have social consequences, which should be kept in mind in line with the principle of solidarity.

As it can be seen above, the Fit for 55 package will bring a number of interesting and fierce political debates in the future and we can expect some political differences between the Member States from the CEE region and some ‘Western’ ones. With the delayed publication of the package by the Commission in July instead of the original plans of June, Member States have some more time to prepare themselves for the discussions.

We at the Green Policy Center believe however that despite all the challenges listed above, the CEE region should see this package as a once in a lifetime opportunity to close the gap between them and their western counterparts.

To contribute to these discussions, the Green Policy Center and the Equilibrium Institute are organising a full day online event on 3rd June on how Hungary can reach climate neutrality, focusing on its economic, social, governmental and civil aspects. More information can be found on the dedicated event website. The event will be held in Hungarian but translated to English.